Is Jack Manningham slowly, deliberately, driving his wife, Bella, insane or is she following her mother’s descent into madness?

This classic thriller, set in Victorian London, was first produced in 1938 and later filmed twice, in Britain and the USA, Ingrid Bergman winning an Oscar for her portrayal of Bella Manningham in the later version.  The play gave rise to the term ‘gaslighting’. 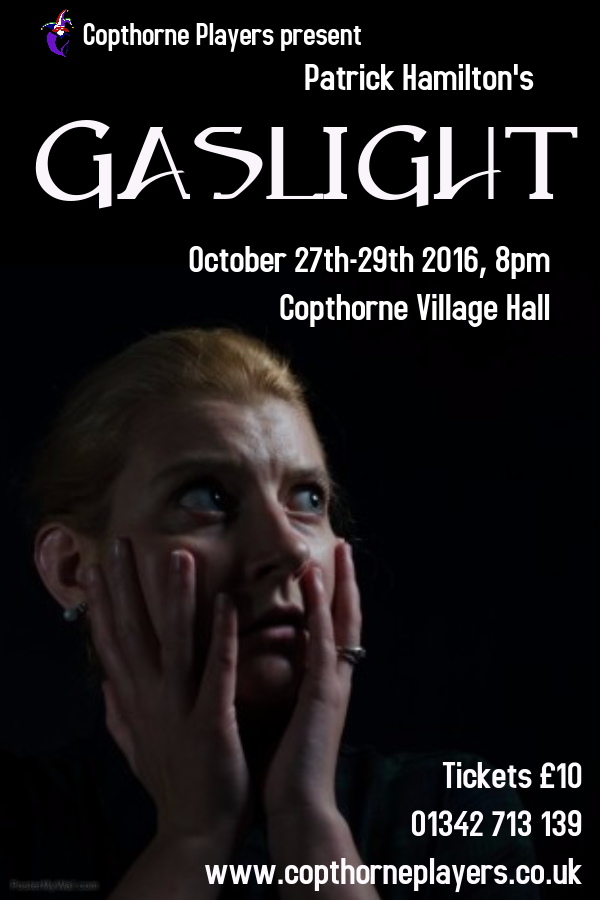